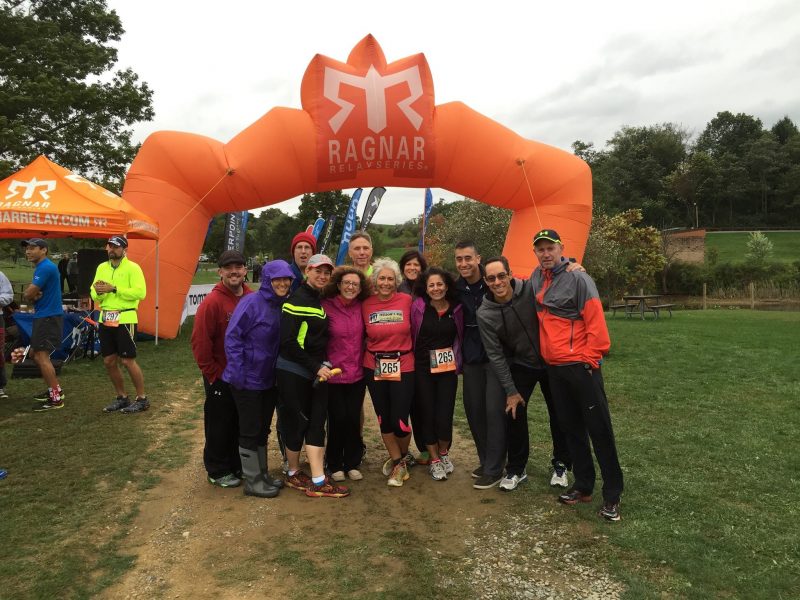 When Eric and I first moved to Frederick, what we wanted most from our community was a fun running club. I know it sounds silly, but we had come from such a strong running family we wanted the same here.

I will never forget the day we were moving into our small rental house on Fairview Avenue when we saw a group of runners. We asked them what running group they were with and how we could join them. Casii Dodd and Robin McConaughey were part of this group. They invited us to join them the following week. Our Wednesday night running club became our weekly running club. We looked forward every week to run with this group. We even formed a Ragnar team which bonded us in a unique way. I truly appreciated our Wednesday night running, and, although we no longer meet on Wednesdays, this group has become some of the best friends we have in Frederick.

After two years of being a member of the Frederick Steeplechasers Running Club where we participated in half marathon training groups, marathon training groups, grand prix running events, breakfast runs, and numerous hours of volunteering for the club, we were asked to take on leadership roles in the club. After much discussion with Mark Lawrence and Lou King, we decided to increase our volunteer hours and take on the roles of President and Vice-President. I went in knowing a bit about the club’s business, and I am leaving my position as President loving and admiring the runners and volunteers of this fantastic club. We have had a wonderful two years. I am excited to continue to be a part of this club. Thank you all for your support!

FSRC’s fall was full of fun!

On August 25th, Heidi Novak secured a great location for our club’s picnic. We enjoyed food and friends. Tim O’Keefe presented the decathlon awards. In his fun and humorous way. Thanks to all who were able to come out to this awesome yearly event!

Our final signature race, and by far the most beautiful, was Rick’s Run. Thank you, Crista Horn and Bill Susa, for your years of dedication to this run. Although the hornets disrupted your race this year, it was a well-organized race with plenty of yummy food. I even bought my first trail running shoes! This beautiful race raised $7,127 dollars toward the FSRC memorial scholarship fund!

On November 17th,many of us came together to support the JFK race at mile 19! We pulled off another wonderful event earning us 1st place aid station. Next year we want to come up with a clever name for our aid station. Any ideas?

Finally, our fall training programs came to an end. Heidi Novak and Crystal Tressler worked as a solid team to encourage and support our marathon training program. Josh Roane and Anne Shubert took on the half marathon group making sure all were ready for their race, and Robert Hall coached a new training program, the co-ed 5k. This group worked to prepare for the Headless Horseman 5k. We are so appreciative of our coaches!

Enjoy your time on the trails and the roads. See you soon!