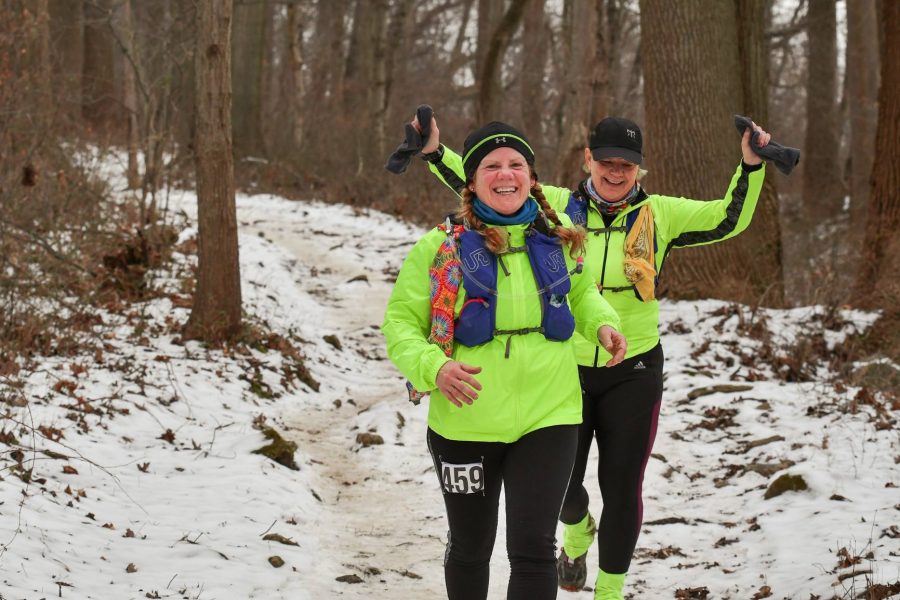 When I registered for the Phunt 25k almost a year in advance, I had no idea whether I could run that far on trails or roads. My longest trail run had been at the half marathon distance, and I only had a couple of those under my belt.

My running friends all registered too. Between friends, the low entry fee, and the generous cut off time, I jumped on board. Then, I forgot about the race since we registered almost a year in advance. In mid-fall, we began seriously training for our race. I was doing a great job sticking to the training plan and felt good about making the distance. I felt stronger as the training continued.

The race director, Carl, is hilarious. He communicates regularly and answers questions quickly. He really wants to see people out on the trails. So, I continued to prepare for this race, but something changed along the way. I began thinking of the race as a long-supported run and that was a mental game changer for me. I was in it for the fun of being out on the trails with my running friends rather than trying to go as fast as possible.

I injured my calf on the trails about three weeks before the race, and I had no idea whether I would be able to run on race day. I spoke with Nicole Davis and a few other people about what to do, and they continually told me to rest and trust my training. So, that’s what I did. My calf was feeling okay – no funny twinges or anything a few days before the race. I also had brand new trail shoes – since this was a long-supported run rather than a race, I chose to wear my new shoes. They were amazing, and it was absolutely the right decision.

The day before the race, it was exciting to pick-up my race packet and meet Carl. Packet pick-up was well organized, and the heated community center was going to be a welcome sight on race day. We checked into our hotel, had dinner, and went to bed early. Surprisingly, I slept better than I expected.

The weather on race day was in the mid-30s. With the variety of snow and rain in the week leading up to the race, I was unsure what the trail conditions would be like though I expected a lot of mud. Anyway, I excitedly and nervously headed to the start line with my running friends knowing I had plenty of time to finish this long-supported run.

The excitement carried me easily for the first few miles. There were three aid stations on the 25k loop about 4-5 miles apart. I began thinking of the distance between aid stations as one 5 mile loop at Little Bennett – I could easily make that distance. Playing the mental game helped me make it from one aid station to the next as did having a running partner to stick with for the run.

The volunteers at this race were the best – I think they take their lead from Carl, the race director. Never in my wildest dreams did I ever think I would sign-up for a 25k trail race, in January, nonetheless. It was such a well-organized race, and I was so happy to finish that I enthusiastically signed up again for next year!