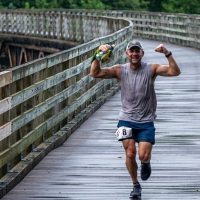 This member is powerhouse and a great guy. This week’s member spotlight is on the incredible Chris Bailey. 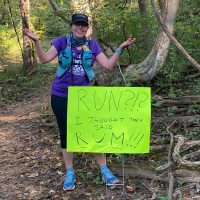 I have really enjoyed doing these Member Spotlight Mondays. For me, it’s been fun learning about our fabulous members, sharing our experiences and reaching for new goals. This week is a special one since it has been a journey for me as well, to see a runner develop from successfully running her first trail run, and then a 10K and a 10-Miler, and finally to reach her newest goal – to run a trail half marathon. This week’s spotlight is on one of our wonderful members, Isabelle Doucet.

END_OF_DOCUMENT_TOKEN_TO_BE_REPLACED

Save the Date for an outdoor pop-up sale of FSRC Merchandise on Saturday, October 24, 10am – 1pm at the Harry Grove Stadium parking lot, across from the cemetery.

With the weather turning cooler, you may be in the market for a new FSRC jacket and/or running hat!  These are our latest product listings, but … 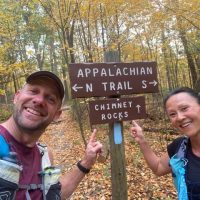 The year 2020 has definitely proven to be the epic year of legendary challenges. With official races falling like dominoes, cancelled or becoming virtual, our Steeps ultra tribe did not stop running for one minute. In fact, people have been running farther and faster.

Take Chris Bailey and Elaine Griesbach. On October 10, the two Steeps successfully ran the Catoctin 100-mile Challenge. Chris and Elaine, who participated in a friendly ultra running challenge before, were each looking for an opportunity to run a 100-miler this year. Since the hit of COVID-19 in early March resulted in cancellation of most organized races, the two ultra running buddies, seeking inspiration and motivation despite the unfolding chaos, decided to attempt another friendly challenge — to run their own 100-miler on a grueling but beautiful variation of the former Catoctin 100 Mile Race, originally organized by Jim Treece and his incredible team of volunteers: Vince Vaughn, Mike Holland, Dave Garmin, Jodi Treece, Lance Cummins, Carole and Addie Smith, and Bill Susa. The inaugural race was run in 2009 but after 2011 the race was unfortunately shut down due to permit issues on the Appalachian Trail.

END_OF_DOCUMENT_TOKEN_TO_BE_REPLACED 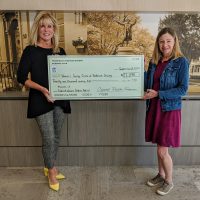 FREDERICK, Md. — In August, the 31st Annual Frederick Women’s Distance Festival, hosted by the Frederick Steeplechasers Running Club, went forward in a virtual format in response to the current COVID-19 crisis. 355 runners and walkers participated from the safety of their own neighborhoods during … 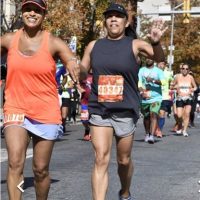 This week’s amazing member spotlight is on two lifetime friends, their running and training journey to their first marathon – Lynn Whiten and Evette Whisner.

“We have been friends for over 40 years and grew up on the same street (Center Street) in Frederick, MD. We attended the same schools through high school. Now, at the age of 50, we have decided to run a marathon. So here is the story of how we got here.

END_OF_DOCUMENT_TOKEN_TO_BE_REPLACED

The nominating process for all FSRC executive board positions is now open!

FSRC Officers and Board of Directors serve two-year terms, and the current term expires at the end of January. Elections are held at the annual January membership meeting.

The Fall Training Programs for the Marathon and Half-Marathon are underway, and it’s not too late to join. As always, the programs are free to registered members of the club! 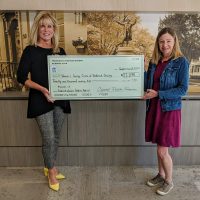 2020 has been a year that none of us could have predicted. We were off to a GREAT start when registration opened up on March 1, and then we watched as the world turned upside down just weeks later. When it became clear that virtual was the way to go, … 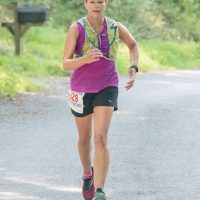 Happy Monday! I hope everyone had a great weekend and enjoying some of these cooler temps! I would love to share your stories, accomplishments or anything else you would like to share, please send them to barb.meely@steeplechasers.org.

This week’s amazing member spotlight is on another one of our fabulous coaches, Michele Newton.