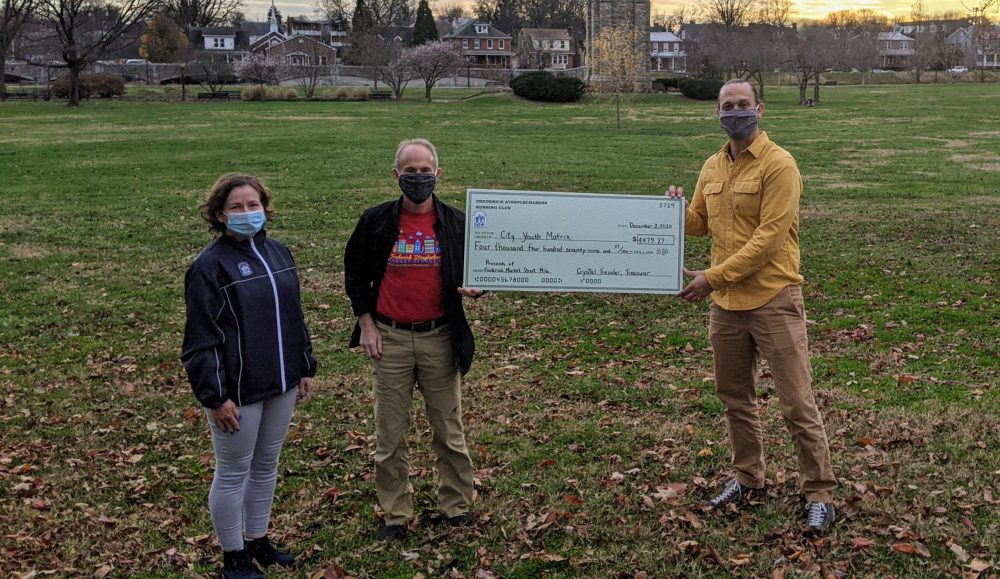 FREDERICK, Md. — While the running event typically has streams of participants sprinting southbound through the heart of downtown Frederick as part of Celebrate Frederick’s In the Streets festival, this year’s Market Street Mile had many of them heading north. This is because the 2020 event took on a fully virtual format, which also included challenges that took participants—virtually—through the area’s covered bridges.

In addition to participants having the option to run just one mile virtually in their own neighborhood, on local trails or even on a treadmill, the event included two “covered bridge challenges.” Participants could complete the challenges between September 1 and October 31, and were directed to run either 78.6 miles or 253.6 total miles in that timeframe.

The mileage of each challenge corresponded to the distance that one would cover by visiting an assortment of the historic covered bridges in central and northeastern Maryland, as well as southern Pennsylvania. While completing the distance challenges, participants did not need to actually visit each covered bridge in the region on foot, but many of them opted to explore the ones closer to Frederick anyway, such as the Utica, Loys Station and Roddy Road bridges.

“Our conversion to a virtual event, including our covered bridge distance challenges, ended up being a lot of fun, and we appreciate everyone who enthusiastically signed on to this year’s format,” Lou King, race director, said. “This was way different from our usual race down Market Street, but our runners, as always, embraced the event. The Steeplechasers are very proud of this long-standing race, and we that were happy to be able to adjust the race in a way that kept our community safe while raising funds for worthy causes.”

In total, coming from corporate sponsorships, participant donations, and registration fees, the event netted $6,479.27 in proceeds for charity. The bulk of the proceeds, $4,479.27, went to City Youth Matrix, a Frederick nonprofit that helps families with limited resources access a diverse spectrum of extracurricular activities for their children.

“Events like this both engage our community and help advocate for great organizations while raising much-needed funds for their programs year after year,” a statement from The Rotary Club of Carroll Creek said. The organization was the event’s Premier Sponsor this year.

The host of the Market Street Mile, the Frederick Steeplechasers Running Club, has been supporting the local running community since 1975. The club’s four annual signature races have raised more than $100,000 for causes within the wider Frederick community since 2018, reflecting the club’s commitment to making Frederick a better place for everyone. See steeplechasers.org for more information about the club and frederickmarketstreetmile.com for details of this race, which will hopefully be held in person again in September 2021.