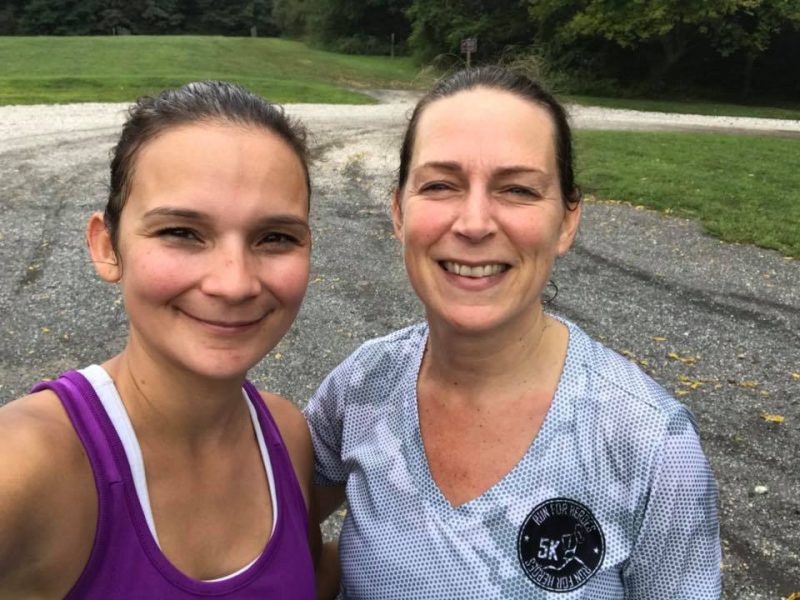 I would love to share your stories, accomplishments or anything else you would like to share, please send them to barb.meely@steeplechasers.org. This week’s amazing duo member spotlight is on Nikki & Wendy Martin.

“I met Wendy in 2007, when I started dating her husband’s brother. I married him in 2008 and our families ended up living two doors away from each other in downtown Frederick and Wendy and I became great friends.

My sister was training for the Frederick Half Marathon while living in South Carolina and Wendy and I decided we would make the 5K the evening before the half marathon our goal race.

When we came to the fairgrounds to pick up our 5K bibs, we talked with some folks from the Steeplechasers table and took a flyer.

After our 5K, and after running all over Frederick to cheer for my sister the following day, Wendy and I decided we wanted to do the Frederick Half. We also then decided to become members of the Steeplechasers.

We’ve continued running regularly since that time and have gone on to complete multiple 5Ks, 10Ks and half marathons. Eventually, we transitioned to also running on trails and Wendy has completed a 50K.

We do most of our runs together and many of them are in the early morning hours.