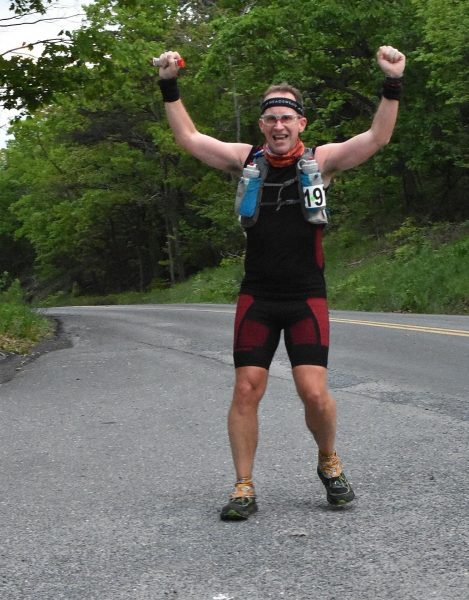 “I ran my first organized race in 1995, the Garrett 5K, in downtown Frederick. It was soon after that that I became a Steeplechaser.

By 1997, I had run numerous 5K races and thought I was ready to try a marathon. I figured, I better do it soon because I was coming up on 30 years old and thought it was my only opportunity before I got old.

A year later, in 1998, I decided to try giving trail running a try and began doing short runs in the Frederick Watershed.

One day, out on the trail, three “little old ladies” run by and asked if I was training for the Catoctin 50K. I was in shock. No way people could run 31 miles on this type of trail.

In 2000, the Catoctin 50K became my first ultra marathon. At around mile 28, the three “little old ladies” came running by me like I was standing still.

Ultra trail running had become my passion and still is after 26 years. My current lifelong goal is to run a 100-miler in every state. I’m at 15 different states so I will probably be in my early 70s, if I ever finish. But if I don’t, I will still have had many adventures traveling to wonderous locations.

Why do I love long trail runs?

I have probably failed at things more often than people have tried. You can get advice from people or read stories about events, but nothing beats learning from experience.”