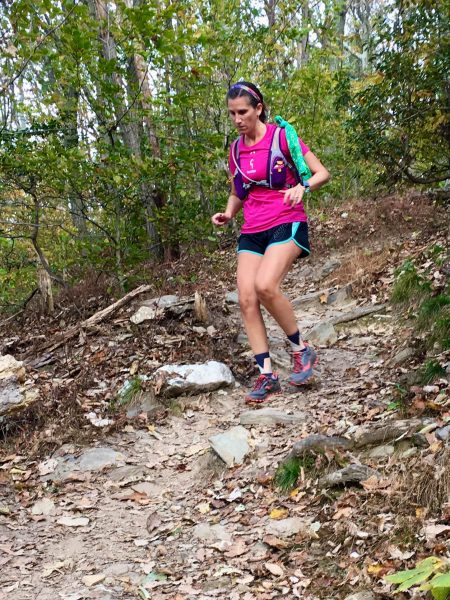 I would love to share your stories, accomplishments or anything else you would like to share, please send them to barb.meely@steeplechasers.org. This member is really an inspiration with the obstacles she has overcome in the last few years. I remember when I started really running again, she was one of the ladies I admired and looked up to and still do. It is so good to see her up & running again. This week’s amazing member spotlight is on Risa Clem.

I started running back in 2001 when I was going through a tough time. I lived in Germantown, joined the MCRRC First Time Marathon program and learned all about running, but more importantly built many wonderful friendships.

After another marathon, a couple half Ironman triathlons, and various other races, I met Billy. Billy was not yet a runner, but after seeing the joy I got from running, Billy wanted in…and so it began…

After a couple years of running together, Billy decided he wanted to run a marathon. And even though I had sworn off of them, I couldn’t not do one if he was. So back in 2012 we trained for his first Marine Corps Marathon and the week of the race I got extremely sick and had my first DNF.

Soon after that, I started having hip issues and my experience with being on the injured reserve list began.

I was diagnosed with a torn hip labrum and beginning in 2013. I’ve had one surgery on my left hip and three on my right with the last surgery being a total hip replacement at the end of 2019.

While I was rehabbing from my first surgery, I happened to see that the Steeplechasers (we had joined the previous year but weren’t really active within the club) had a new marathon training program. Knowing the awesome experience I had in a training program, I encouraged Billy to join.

That was one of the best decisions we’ve ever made and the start of many new friendships. We both participated in so many of the Steeps training programs through the years and have celebrated our running accomplishments along with seeing so many of our friends accomplish theirs.

In 2016, in between left and right hip surgeries, Billy introduced me to trail running.

What was just as awesome as the running, was all of the time spent on the trails with other Steeps.

I trained for my first ultra and completed Catoctin 50K (not officially but I still finished only about 15 minutes past the cut-off) and then a few months later went on to complete the JFK 50 miler.

I’ve lost count of my time on the IR list and how many comebacks I’ve had. But I am happy to say that with my surgeon’s encouragement, I am now back to running and I’m hoping this most recent comeback will be my last for a while.

It was hard not running. I missed the feeling it gave me and I missed being with my running friends.